Doesn’t it seem that every time you turn around the commercial airlines are finding new ways to stick it to you. It used to be that food and drinks were included with your flight. While the food wasn’t always top caliber it is important to realize that this food service could not have been cheap and yet it was offered on just about every flight. 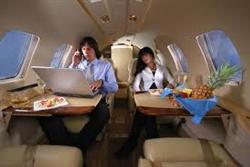 Of course, the food gradually went away but at the time the airlines were cutting costs and consumers decided that they would rather pass on the meal and just fly for less and so it came to be. The prices of airline tickets went down and this was good and then they went back up and this of course was not as good.

Then the airlines decided that they would charge for baggage. Well, this of course, had for the most part been free with of course certain limits, which were totally reasonable. You could check what you wanted and carry on one bag, and still pay the same price. Of course these days have to come to pass and now if you have to check a bag you have to pay for it and that is that. With this airlines didn’t even try to convince you that you were going to save money on your plane ticket they just kept the prices the same and began charging for bags.

Next there was talk about making individuals pay to use the lavatory on shorter flights. Most thought this was absurd and since it could be seen as discrimination against those with bladder health issues the airlines have seemed to back down on this. You probably are thinking to yourself, “Really?” after all this does seem a bit insane. From here on out you probably won’t really hear too much else about this fee but don’t worry because surely the airlines will come up with another equally absurd fee, it is inevitable.

The latest way the airlines have come up with in order to try and help us save money is by offering a sort of smaller, half standing, half sitting saddle seat designed to allow us to take up less room on a flight and in exchange to charge us less. Most are concerned about this because many people are not eligible for these smaller seats and therefore are ineligible for the lower fare and others feel that over time the coach rates will apply to these seats and the price for all other seats will rise again.