THE AIRLINE INDUSTRY MUST NOT NEED CUSTOMERS

For an industry that used to be so customer service based the airline industry seems to be falling short in this area of late and one of the main reasons may be that they very simply don’t need customers to stay afloat. Many believe that the commercial airlines are so busy investing all of their money into running their own agenda with the legislation in the federal government and in the aviation industry that they really don’t need to have passengers to make the entire package work. 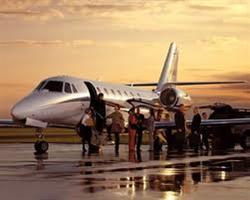 It may sound silly but when you look at the ways in which the commercial airlines have continued to raise prices and reduce the number of flights it has most definitely become more evident than ever before that the passengers have little to do with the commercial airline industry. So where are they getting the money to survive if not from the customers? Well, there are many schools of thought on this and when it comes to commercial airlines and their customers it is actually very likely that these companies are making a lot more money per passenger than they are letting on. As a matter of fact, it may just be that they are reaping profits off each and every flight.

Many believe the cost of flying is very expensive very simply because we are all paying through the nose for a ticket but the airline companies actually boast that their biggest expense comes in the form of paying their employees and well, let’s face it, with the automation, computer online check in services, automated phone systems, and the number of airline employees eligible for food stamps one has to wonder who is getting paid all the big money. After all we know it isn’t the employee checking your ticket or flying the plane.

The airlines make it sound that they can’t afford to offer better deals to consumers but in actuality they don’t want to. Whomever it is that is making all the money isn’t someone who is working hard for it that is for sure and it is important to make sure and take everything that the airline industry is saying with a grain of salt. Air travel as it was no longer exists and if you really want to fly in a way that is pleasing you might wish to consider flying on a private charter flight. At least when you deal with the private charter industry you know what you are paying for.