Studies that are done about the airline industry usually focus in on passengers and what is most important to them.  By far one of the biggest issues of passengers’ world wide since September 2001 has been commercial airline safety and in general the safety of air travel even in the private sector.  While airports, airlines, and even he FAA keep reassuring the general public about their stringent safety measures most passengers still have doubts and while the airline industry has bounced back it is yet to attain the levels that it was at back in 2000.

Overall many safety precautions have been put in place to try and reassure passengers.  In the long run, however, these do little to calm the minds of nervous passengers.  As a matter of fact, most believe that it is only a matter of time before someone or something infiltrates the commercial airline industry.  Most people don’t even believe in the employees that are working within the industry itself.  They felt that if someone is going to get into the airline industry and perform a terrorist act they will very likely wind up doing so from the inside so as not to be so easily detected. 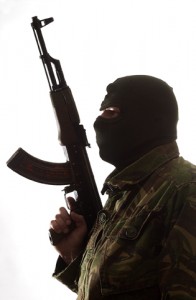 The problem is that terrorists are patient and they can lie dormant for years on a mission that is designed to bring a plane down.  Commercial airliners are prime targets because they are so much larger than those in the private charter industry.  For this reason many who are concerned about further commercial airline terrorist attacks feel much more secure in flying on a private flight.  Simply the size of the vessel alone is much less intimidating and with so few people involved in each flight there is much less of a chance that anyone will infiltrate this industry and use one of its planes to cause harm to passengers or attempt to take out a target on the ground.  If you have to fly, why not do so in a way that is safe and secure and allows you the peace of mind you need to? Others are finding that there is no better way to fly then on a private charter flight and that it offers a greater level of security to its passengers.