Who doesn’t love to fly?  It is the fastest way to travel between distances when a car isn’t an option, and it never gets old, no matter how many times we fly.  Of course, the takeoffs and landings are the parts we remember the most, and not all of them are created equal.  With thousands of public and private airports around the world, there are some that are memorable for the crazy landing and takeoffs they require.  Some of the biggest nail-biter runways we think of most often are here: 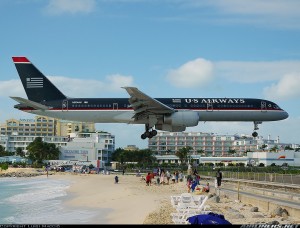 This Caribbean destination has a 7100+ ft runway, a comfortable length for mid-sized jets, but the jumbos also land here and that leaves no room for error.  They cruise in just above the public beach and barely skim the chain link fence as they touch down on the first few feet of the runway, making use of every single inch with no room to spare. This is a favorite of tourists who crowd the beach for the chance to see one of the big boys cruise right above their heads. 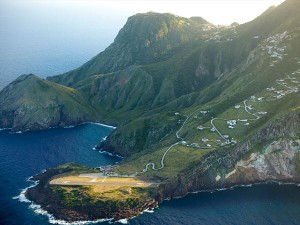 The shortness of the 1300 foot runway is harrowing enough, but its perch on the edge of a windy cliff often causes passengers to clench certain muscles as they come in on approach.  One false move and you either end up on the cliffs or be forced to do a go-around and try again.  Unfortunately, there’s no way to make the world’s shortest commercial airport runway any longer.

Located in a ski area surrounded by mountains, this airport offers no opportunity for a go-around, so the landing has to be spot on the first time.  The 1722 ft long runway has an uphill incline of 18.5 degrees with a sharp dropoff at the end – oddly reminiscent of a ski slope.   There are no instrument approach procedures, so limited visibility in fog makes things, uh, tense.  The airport is mostly served by small planes and helicopters and it offers an exhilarating way to begin an exciting ski trip. 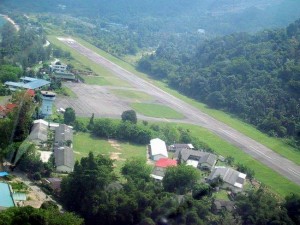 One of the most frightening runways, it is easy to be distracted by the beautiful mountains, but a landing requires an immediate 90 degree turn to align with the runway on the final approach.  The plane heads directly toward a mountain as it lands, and the end of the runway stops abruptly at the edge of a cliff.  Pilots are known to double check their brakes before making this landing.

Pilots must have special training to land here.  At an elevation of 16,000 ft in the Himalayas, the runway requires employment of visual flying with no instruments. The approach is in a very narrow landing channel because of mountains on both sides.  Paro is arguably the world’s most difficult to maneuver for pilots.

Perched on the edge of a cliff 7550 feet high in the mountains, Matekane is only 1312 ft long.  Landing is actually a little less stressful than taking off here.  On takeoff, the shortness of the runway makes it impossible to become airborne before reaching the end, so the plane goes over the cliff and drops about 2000 feet in altitude before beginning to fly on its own.  We’re not sure we’d want to go on this ride.  The runway is only used by charities delivering aid and a bush pilot now and then.

Even though they are considered the scariest in the world, the truth is that the accident rate at these airports is almost zero.  Looks are indeed deceiving, and it is a testament to the skills of qualified pilots who fly these routes regularly.

Our charters at Private Jets Charter do fly into these airports and will get you there safely with no need for Dramamine.  Guaranteed.