London Calling: 2012 Olympics Usher in a Summer of Fun

The torch is en route. It left Greece in May and after a 70 day journey it will enter the Olympic Arena in London on July 27th to officially begin the 2012 Summer Olympic Games. At Private Jets Charter, London is always a top summer destination, and this year bookings have skyrocketed with the excitement of the Olympic Games, the Paralympic Games and the London 2012 Festival.

Since being selected as the host city in 2005 London has excitedly been preparing for what will be the largest ever Summer Olympics Games. Over 10,500 athletes from over 200 countries will compete in over 300 events. Dozens of venues have been freshened up, redesigned, remodeled and even rebuilt in anticipation of the Games. By the time it’s over, it is estimated that more than ₤20 billion ($32 billion US) will have been spent hosting the games. This will be London’s third time hosting, and this year for the first time they’ll also be the host for the Paralympic Games which commence right afterward, from August 29th to September 9th.

But the grand celebration festivities really begin June 21st before the actual games with the kick off of the London 2012 Festival, an 11 week long summer party in celebration of the Games and Paralympics. The Festival will feature over 12,000 cultural events and expected to be unlike anything London has ever experienced. Events will run the beyond the gamut with music, art, theatre, and comedy, but will also go bring the unexpected, including aerial acrobatics exhibitions over the River Thames and even a life sized inflatable Stonehenge bouncy that’s already inspiring pretty much everybody to take off their shoes and join in.

Summer is the best time to visit London and this year it’ll be overflowing with activities and events. With over 8 million tickets printed for the Olympic Games and 1.5 million for the Paralympics, London is ready to face the world. 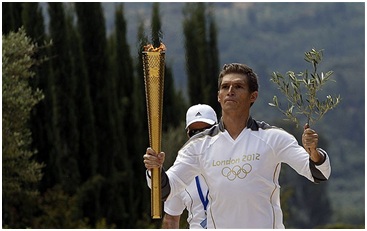